The brown bear is not the only animal in the Slovenian woods. It has many other wildlife friends (or foes), which you can also see while trying to spot a bear.
Quick links

If you happen to visit Slovenia and you are interested in wildlife, this subalpine country has a lot to offer. Due to its diverse landscape and low population density, Slovenia is home to many wild animal species. Even though the country is a paradise habitat for more than 24,000 animal species, we selected only some of the most outstanding.

The fox is widespread in Eurasia, with the exception of India and Indochina, in North Africa and North America. Did you know that the first foxes were imported to Australia around 1850? In Slovenia, it is widespread from the Adriatic coast to the Prekmurje region in the far east of the country. You can meet it in the mountains, near the forest borders.

An adult fox weighs up to 10 kg and despite its short paws, the fox can run for hours and its long jump can be up to 4 meters. The fox is also a fairly good swimmer and climber. On its 500 grams daily menu you can find mostly rodents, but also some rabbits, birds, carrion, fish, frogs, crustaceans, snails, insects, larvae, and fruits. Males are more numerous in the population and foxes’ lifespan is up to twelve years. Its natural enemies are the wolf, the lynx, and the bald eagle.

Ibex’s habitat is open rocky areas above the forest border, around 3000 meters altitude. There is no solid evidence to testify to the presence of the native Alpine ibex in Slovenia after the end of the ice ages.

The first ibexes were brought to the Slovenian area by Baron Julius Born between the years 1890–1896. He bought 20 representatives of this wonderful animal in Lausanne for his estate in the Karavanke above Tržič.

According to an estimated count, there are around 300 ibexes living in Slovenia. Did you know that an ibex can jump up to 2 meters high off the spot and up to 4 meters off a run? The lifespan of ibex is up to 17 years. We have almost no natural enemies.

This cute 250-gram animal prefers mixed forests in a karstic underground. Dormouse can be very common in the limestone Alps, the Dinaric Alps mountains and hills, and sub-Mediterranean Slovenia. It often refuges in human dwellings and causes annoying damage in the forest houses.

A dormouse is a nighter and an excellent climber who does not feel very comfortable on the ground. It spends the day sleeping under the ground, in a tree hollow, or a bird nest. It overwinters underground (karst underground, tunnels under the roots of large trees). They start their hibernation with the first frosts and wake up in April. During hibernation, the dormice lose up to 50 percent of their body weight.

A brown bear is the largest European living beast today. The bear is an important European species and is protected by many international conventions. About 50,000 bears live on the Europe territory of which about 1,000 are in Slovenia. The number of bears in Slovenia has been constantly and rapidly growing, especially in the central Slovenia territory including the high karst, and the dense forests with varied and thick vegetation terrain in the Kočevje and Notranjska regions.

A bear needs a wide space to move, has an omnivorous diet, and also tolerates the presence of people which is why it is classified as a vulnerable species. The Slovenian brown bear can grow up to 250 cm in length and a male can reach more than 200 kg in weight. Despite its clumsy appearance, a bear is an excellent runner, swimmer and climber. This giant, who lives up to 35 years, is the most prominent omnivore among Slovenian beasts.

The wolf (Canis lupus in Latin) is the largest member of the dog family and an immediate ancestor of the dog. The beginnings of domestication are dating back to the Late Stone Age (Neolithic), about 8000 years ago. According to a theory, people in various parts of the northern hemisphere domesticated local wild dogs – wolves and jackals.

Wolves live in herds with a strictly defined hierarchy. When searching for food, wolves can take up to 70 kilometers journey at a time, and it is known that they can walk a distance of 160 kilometers in one night. The wolf can eat up 10 kilos of food at once, but on the other hand, it can last a long time without it.

Their lifespan is up to 16 years also because of the lack of natural enemies. Although examples of cannibalism are known. Contrary to human belief, they are not dangerous to us. In Slovenia, wolves can be seen in beech and fir forests, which overgrow large mountain areas of the Dinaric karst.

Except at the time of mating, a lynx is a loner. This wild cat that can weigh on average up to 25 kilos is a highly specialized predator and hunts from ambush. During hunting, a lynx relies on sight and hearing. In Slovenia, you can find it mostly in the Kočevje region, where they prey on deer, stags, fallow deer, wild boar, chamois, badger, rabbit, wild cat, and domestic animals like dogs, cats, and sheep. 75 percent of its diet consists of deer.

There is no doubt that the lynx was widespread in the territory of ethnographic Slovenia from 2,000 b.c. settlements of the Ljubljana Marshes until the mid-last century. In part, the lynx could also be described as a permanent beast of the northern side of the Karavanke mountains.  You can book a memorable bear-watching experience directly on our website Bear Wastching Slovenia. Besides wild brown bears, our guests often spot some foxes and sometimes even a lynx. 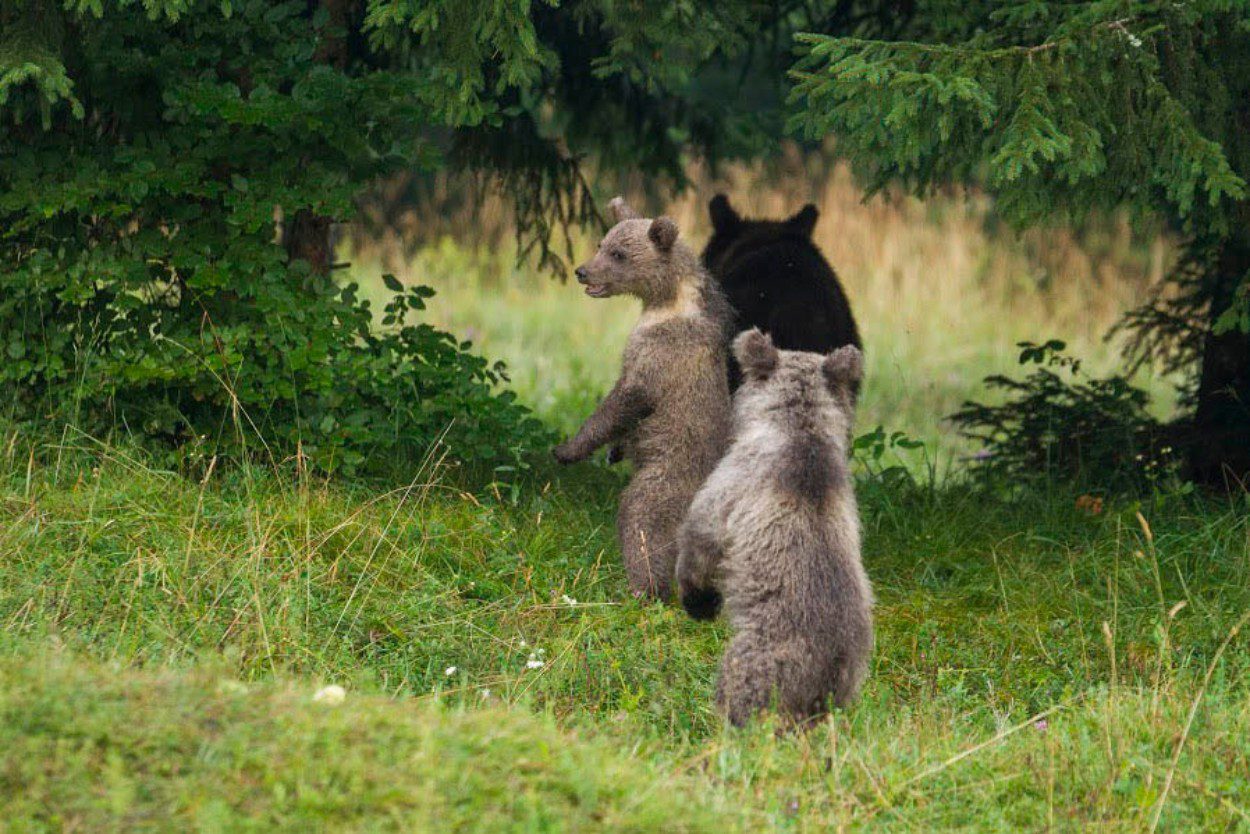 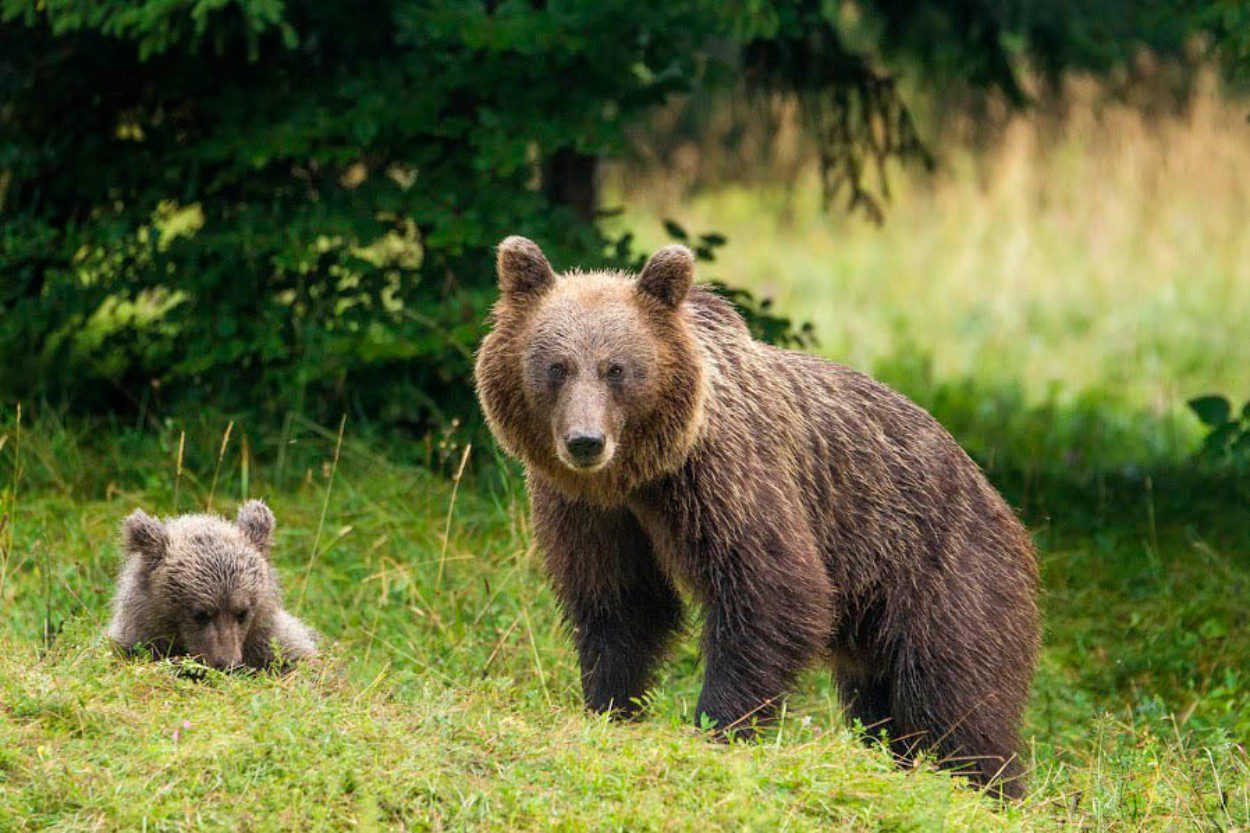 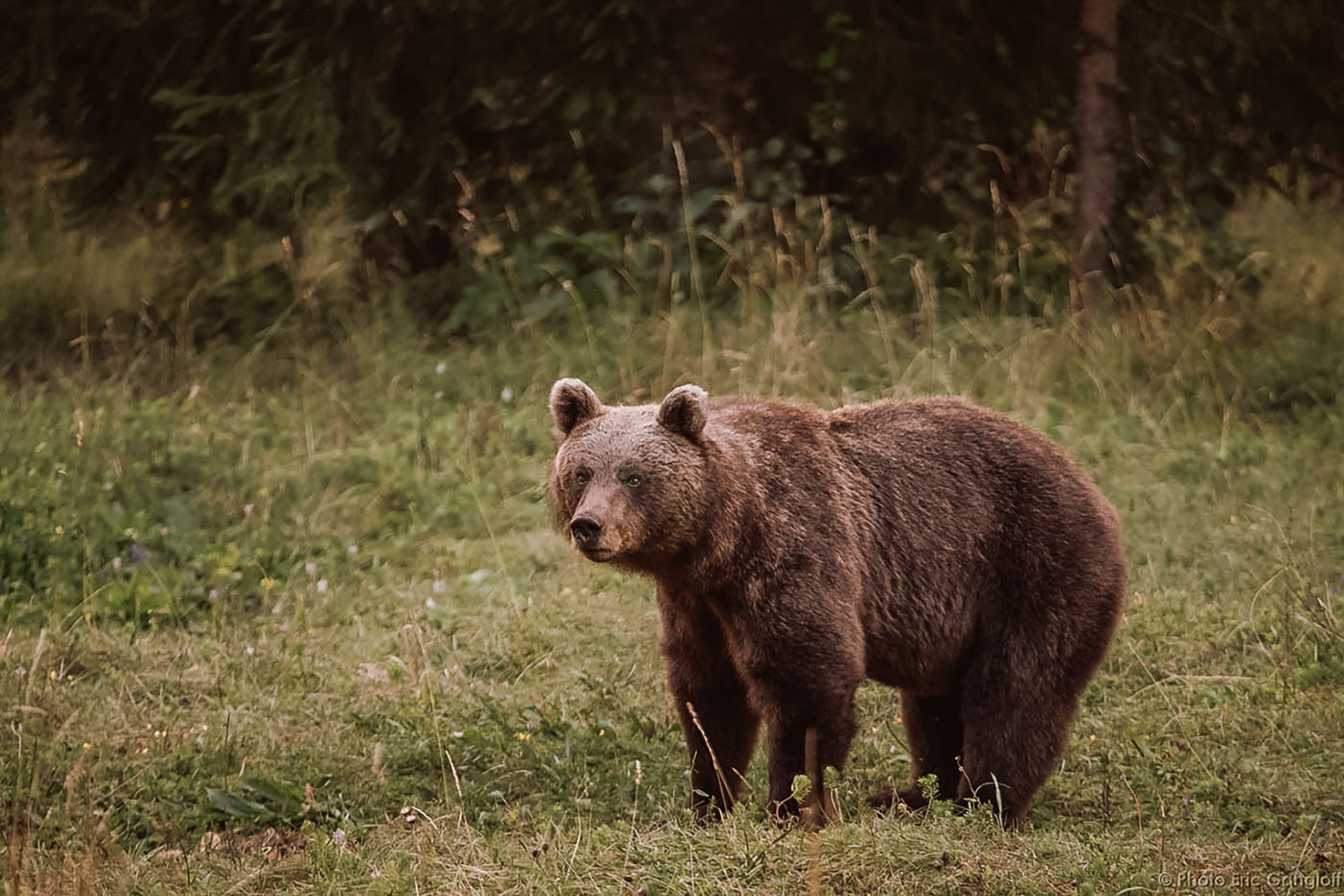